Reality Sandwich: The Next De-Centralized Internet 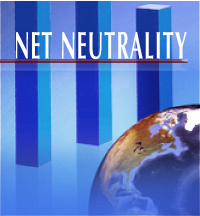 The moment the “net neutrality” debate began was the moment the net neutrality debate was lost. For once the fate of a network — its fairness, its rule set, its capacity for social or economic reformation — is in the hands of policymakers and the corporations funding them — that network loses its power to effect change. The mere fact that lawmakers and lobbyists now control the future of the net should be enough to turn us elsewhere.

Of course the Internet was never truly free, bottom-up, decentralized, or chaotic. Yes, it may have been designed with many nodes and redundancies for it to withstand a nuclear attack, but it has always been absolutely controlled by central authorities. From its Domain Name Servers to its IP addresses, the Internet depends on highly centralized mechanisms to send our packets from one place to another.